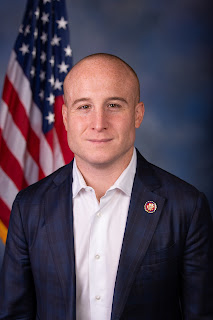 President Donald Trump has been a great friend to the Jewish community. He moved the us embassy to Jerusalem, ripped up the horrible Iran deal, freed Rubashkin just to name a few. The president is also a religious individual and respects are religious morals as well. Congressman Rose represents large parts of the Flatbush Jewish a community. This is a community that deeply supports our president, yet there congressman voted to impeach this president. The impeachment was fueled by the radical left wing base of the democratic party, the same base that is anti Israel and pro numerous vicious ant Semites. The impeachment was a sham it was based on conjecture and peoples personal feelings. Not based on the facts and the evidence as it should have. Congressman Rose chose to vote with his party over the people who's  interests he is meant to represent. He chose to play partisan politics over representing his voters he doesn't deserve our support. In the words of our esteemed chairman
Post a Comment
Read more